On Sunday 3rd January 2021 mid afternoon as incident 002/2021 at Jubilee Tower in North Lancashire was finishing, Bowland Pennine Mountain Rescue Team (BPMRT) received a request from the North West Ambulance Service to attend Worden Park in Leyland for a 72 year old female who had fallen on icy ground. Team members were quickly on scene, provided emergency casualty care and stretchered her back to a point where she could be transferred into an ambulance. It appeared that the casualty had fallen quite badly, having a potential neck of femur break, but was initial comforted by a passing doctor. As we kept the casualty on the stretcher in the back of the Team Landrover to help keep her warm, the ambulance arrived and she was successfully transferred into the ambulance crew care. 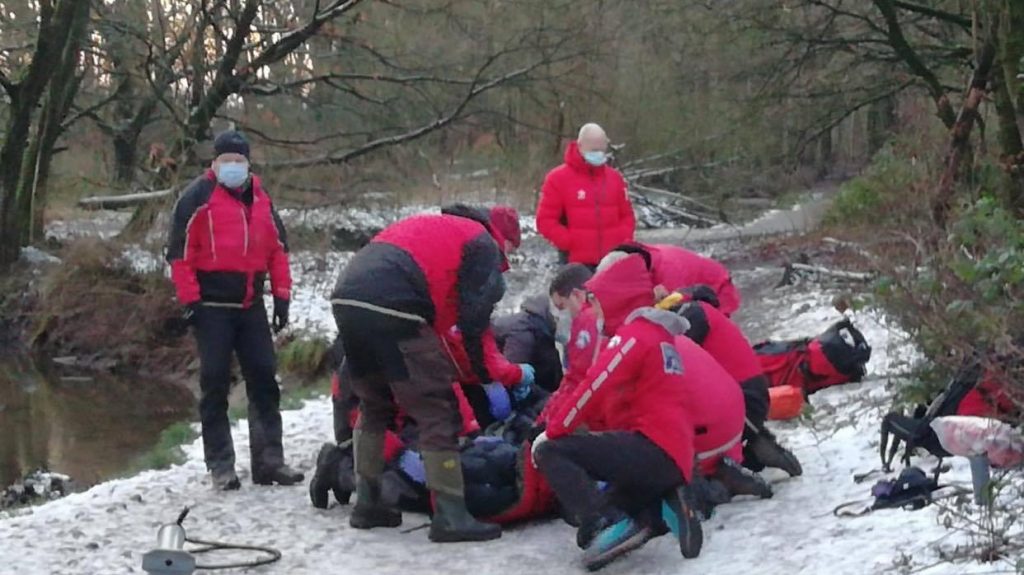